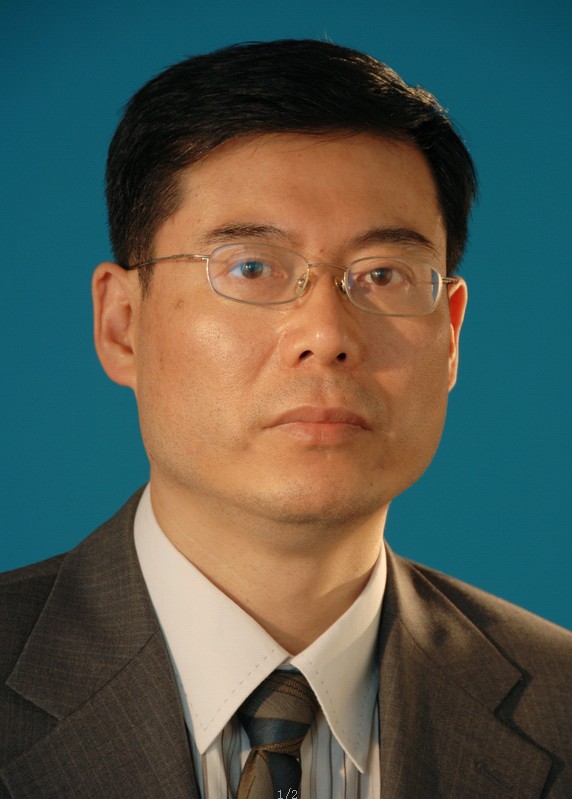 Name: Jiang Yong
Type of Supervisor：Ph.D. Supervisor
Research area: Cellular signal transduction in inflammation
Email: jiang48231@163.com
Academic Tenure：Director of the International Federation of Shock Societies, Director of Shock Division of Chinese Association of Pathophysiology, and member of Biomedical Division of the Scientific and Technological Commission, Ministry of Education.
Research Summary
Prof. Jiang’s major field of study is infection and signal transduction of inflammatory cells. He has made significant contributions to the identification, clone and functional study of relevant signal molecular in p38 MAPK signal transduction pathway: He has identified and cloned 3 new p38 subtype and 3 p38 upstream kinase, and in further research on their expression, working pathway function. He has found that MEF2C is activated through p38-catalysed phosphorylation in cellular responses during infection stimulated by products of microbial pathogens such as lipopolysaccharide (LPS); he has brought forward the theory of how the dual phosphorylation loop structure located in the Loop 12 linker of mitogen-activated protein kinase (MAPK L-12) influences substrate specificity and autophosphorylation; he has cloned a novel serine/ threonine kinase, p38-regulated/activated protein kinase (PRAK) and identified the potential role of phosphorylated Heat shock protein 27 (Hsp27) involved in the cellular stress responses. All the discoveries pave the theoretical foundation for the study of signal transduction of cells in the pathologic process of inflammation, trauma and shock and the prevention and treatment of these diseases. Since 2003, Prof. Jiang has made creative achievements in the field of immunopathology mechanism of lung and brain induced by SARS corona virus. In 2005, as a corresponding author, he published several papers in Am J Respir Crit Care Med and Clin Infect Dis. AJRCCM once featured a cover devoted to his research of lung injury. And his study about how SARS attacks brain was selected as“News release”by CID and reviewed by 8 media such as Science Daily、Biology News, etc. His research makes China take a place in the field of molecular mechanisms of immunologic mjury induced by SARS.
Prof. Jiang has published more than 290 papers in JBC、Nature、EMBO J、Immunity、Mol Biol Cell、AJRCCM、Cell Death Differ 、J Control Release、J Immunol、J Biol Chem、Shock, 66 of which are selected by SCI. The citation of his papers reaches to 4800 in Science, Nature, Cell and other leading magazines in the world. Prof. Jiang has been awarded several prizes, including: one First Prize and Second Prize of Military Science and Technology Award, one Third Prize of National Science and Technology Progress Awards, one Fourth Prize of National Award for Technological Invention. And his researches were funded by The National Science Fund for Distinguished Young Scholars, National Natural Science Foundation of China Key Program, The National Basic Research Program of China (“973” ), The National High Technology Research and Development Program of China( “863” ), Military Fund for Distinguished Scholar, Guangdong Science and Technology Planning Project, Guangzhou Key Science and Technology Project . He once won the Sixth National Science and Technology Award for Young Scholars, and was honored as “Silver Star in Science and Technology” and the first Pacemaker to Hard-Working Learners by PLA General Logistics Department, “Guangzhou Outstanding Youth” by Guangzhou Government , a standing committee member of GuangzhouYouth Federation, and “Outstanding Youth” by Hongkong Qiushi Fund and China Association for Science and Technology . He was also awarded one Second Class Merit and one the Third Class Merit and Guangdong May 4th Medal for Youth. He is a committee member of Department of Biology and Medicine of Science and Technology Commission of Ministry of Education, the standing committee member of Chinese Association of Pathophysiology, Chairman of Division of Shock of CAP, Vice Chairman of Division of Receptor and Signal Transduction of CAP, Vice President of Guangdong Association of Pathophysiology, a member of Advisory Committee for NSFC , a member of Experts Group for Major Project of NSFC, Reviewer of National Science and Technology Achievements and a standing committee member of Guangdong Provincial Association for Science and Technology . He receives “the special allowance of the State Council”. In 2002, he was appointed Chief Scientist of “973” Project by Ministry of Science and Technology of the People’s Republic of China. In 2004, he was established as one of the first candidates of “the Hundred, Thousand and Ten Thousand Talent Project of New Century of China” by seven ministries of China. In 2006, he was offered Distinguished Professor as Pearl River Scholars. In 2007, as a leader of the discipline of “Pathology and Pathophysiology”, he constructed it into National Key (Cultivated) Discipline; he succeeded in establishing the research group for Program of Changjang Scholar and Innovative Research Team in University--“Study on Cellular Signaling Mechanism for inflammation relevant diseases and its Screening of New Drugs”. In 2010, he was included in Yangtze River Scholar by Ministry of Education. The course of “Pathophysiology” established by Prof. Jiang was authorized as the brand English course for the international students in China in 2013 and National Quality Sharing Course.
Honors:
1 the Pathogenesis of Severe Shock, Science and Technology Award of Guandong Province, First Prize, the fifth author, 2011.
2 Persistence in Five Developments—the Study and Practice of Improving Teaching Quality, Teaching Achievement Award of Guangdong Province, the second prize, the second author, 2010.
3 Qiushi Outstanding Youth Award of China Association for Science and Technology (Practice Engineering Award), the first author, 2001.
4 The Identification of p38 MAPK Signal Transduction Pathway, Military Science and Technology Progress Awards, the first prize, the first author, 2000.
5 Experiments on Severe Trauma, Microcirculation of Hemorrhagic Shock and The Changes of Leukocyte Rheology, National Science and Technology Progress Award, the third prize, the fifth author, 1998.
6 the Sixth National Science and Technology Award for Young Scholars, 1998.
Academic Works:
1 Jiang Yong, Luo Shenqiu. Edit. Molecular Basis and Functional Regulation of Cellular Signal Transduction, Science Press, 2005.
2 Jinag Yong, Edit. Cellular and Molecular Basis of Shock,Science Press, 2002.
Major Papers:
Ongoing Research Projects: