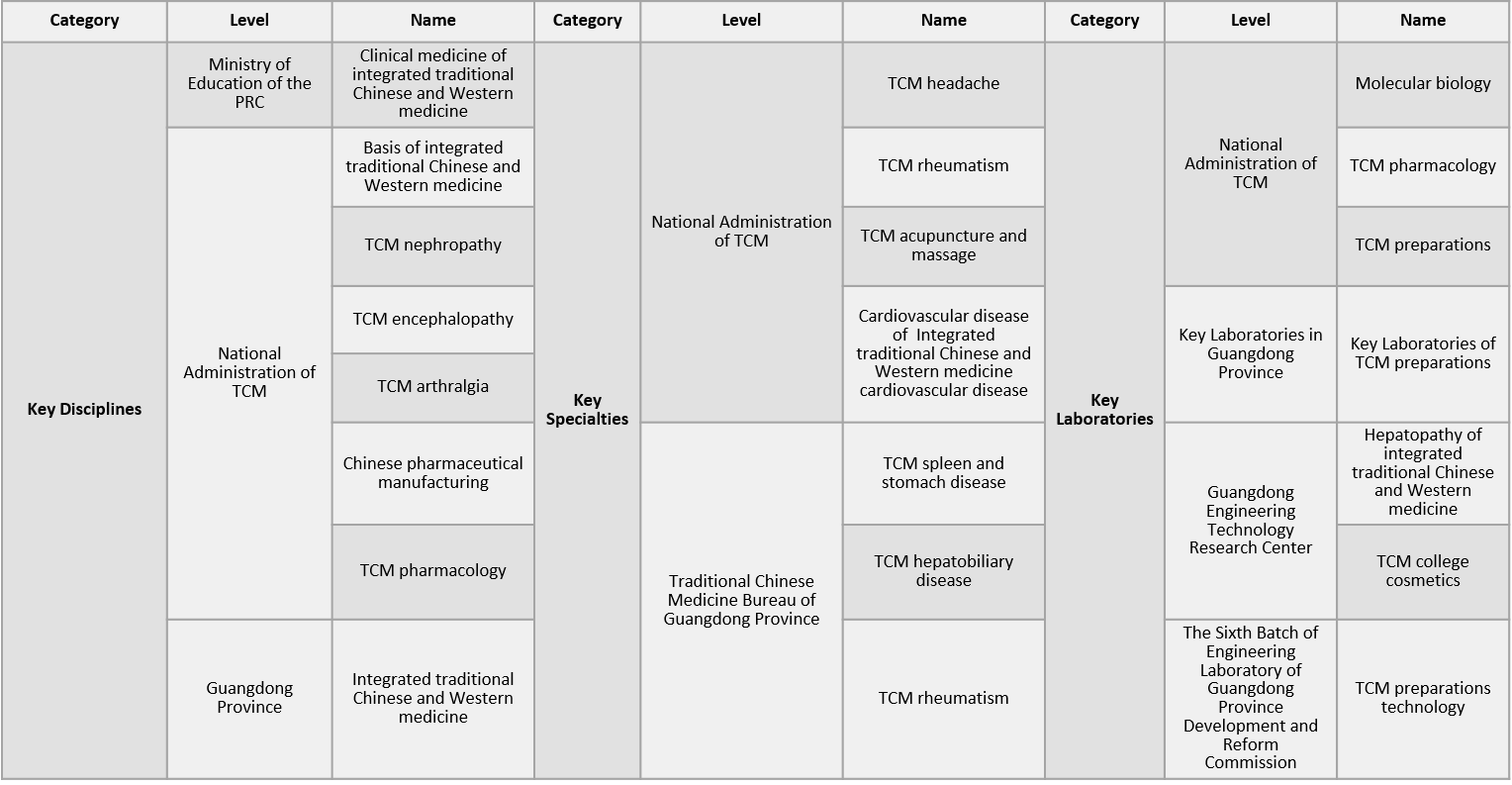 The School now has 126 faculty members and 11 postdoctoral members. Among them, 39 are with senior title and 36 with vice-senior title, with the teachers of doctoral degree accounting for 76%, as well as 25 doctoral advisers and 63 master's supervisors. Currently, there are 3 experts enjoying the Government Special Allowances of the State Council, 1 outstanding teacher, 1 famous instructor in higher schools of TCM, 1 QiHuang Scholar, 1 excellent educator, 3 instructors of old TCM expert’s academic experience, 2 experts of famous and old TCM inheritance workshop and 4 excellent clinical talents of TCM in China; 2 famous teaching teachers, 7 famous TCM doctors, 2 prominent teachers in Guangdong Province,  1 member of the provincial "One Thousand, One Hundred, Ten", 1 young Pearl River Scholar, 2 outstanding youths, 1 outstanding young teacher and 1 gainer of "May 1st Labor Medal" of Guangdong Province, 2 members of the Pearl River New Star, and more than 20 gainers of the provincial medical talent project. In recent years, the young teachers of the School have received 8 first prizes and more than 20 other prizes including second and third prizes as well as honorable mentions in national teaching competitions. 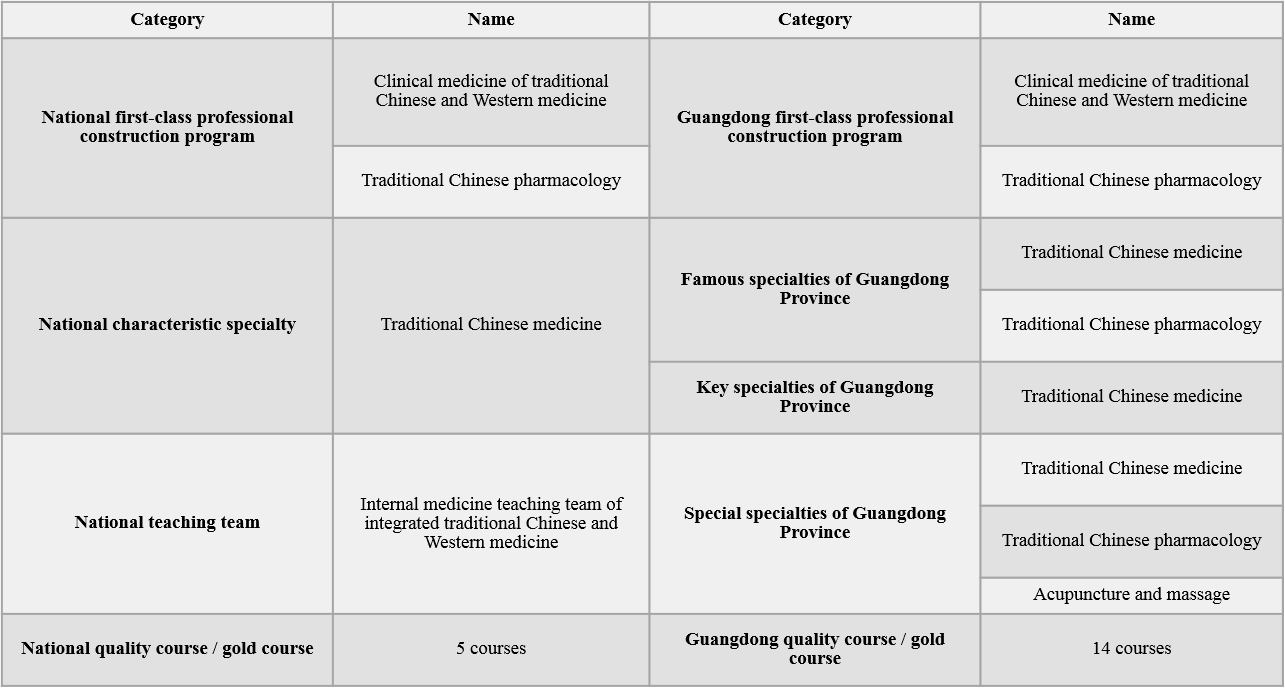 In recent five years, the School has presided over and participated in nearly 150 scientific research projects at provincial level or above, including 64 national fund projects (2 key projects), and the total fund for scientific research is more than RMB 45 million. 973 journal papers were published in recent five years, including 217 SCI papers. The School has applied for 78 national invention patents, 33 national invention patents have been granted, and 2 science and technology awards at or above the provincial and ministerial levels have been obtained. 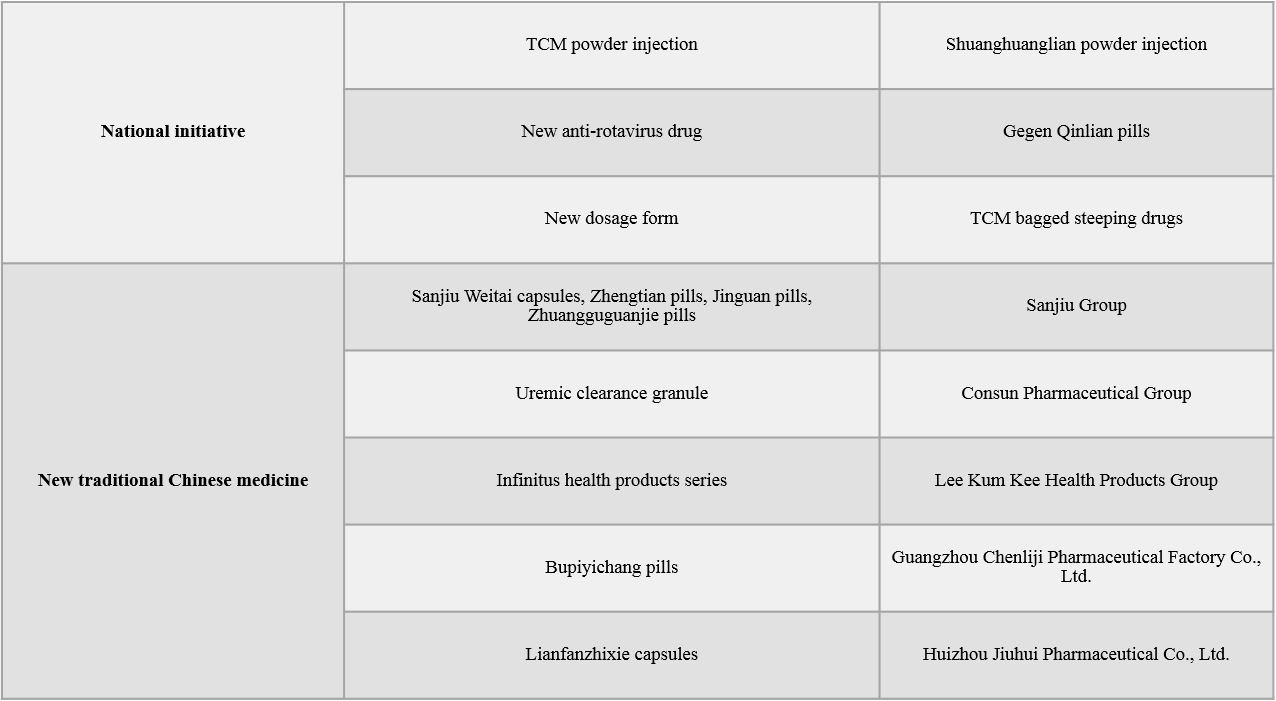 Since 1999, the College has accepted international students from over 30 countries such as Kyrgyzstan, Hungary, Thailand, Myanmar, South Korea and Germany. In addition, many experts have been dispatched to Cuba, Sweden, Kuwait, Syria and the United Kingdom for lecture assistance. In 2018, the School had also successfully completed the medical assistance for Africa organized by the Ministry of Health. The School has a good academic exchange and contact with universities or scientific institutions in countries such as the United States (Yale University, Virginia Commonwealth University, and Duke University, etc.), Singapore (National University of Singapore), New Zealand (The University of Auckland), and Australia (Abraham University and Monash University), having assigned over 10 persons/time of abroad visits and academic exchange every year.

In response to the decision on the construction of strong province of TCM made by Guangdong Province in 2006, the School has built TCM-Integrated Hospital of SMU which was rated as Grade III Class A Hospital in 2014. At present, more than 70 experts have participated in the medical visits of a number of university affiliated hospitals such as Nanfang Hospital, Zhujiang Hospital, TCM-Integrated Hospital, Third Affiliated Hospital and Shenzhen Hospital of SMU. Furthermore, the School possesses unique medical advantages in the diagnosis and treatment of encephalopathy, renal disease, rheumatology, cardiovascular disease, liver disease and spleen and stomach disease of integrated traditional Chinese and Western medicine.